The Nashville star is taking to the road once again this coming year!! Get ready to catch Thomas Rhett as he comes to Choctaw Grand Theater on Friday 13th July 2018 for a night of unforgettable entertainment! Book your tickets today to ensure you don't miss out. There's no time like to present as all of his previous shows have proven to be a successful sell out event!! 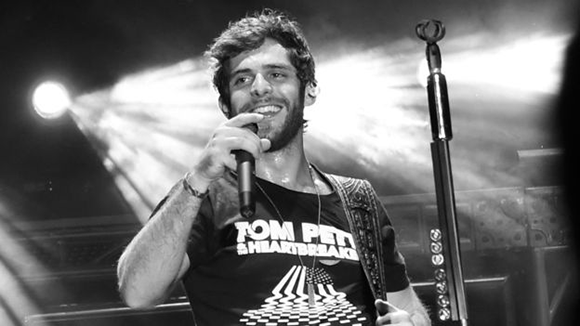 The American Country star, Thomas Rhett is one that cannot be missed when he comes to town! With fellow musicians as friends that back him all the way such as Tim McGraw and Brooks & Dunn, Mr Rhett brings the magic where-ever he takes to the stage. Topping the country charts with his mind blowing singles such as “It Goes Like This,” he just keeps on going up and up in the world! His latest album features the incredible hit "Craving You" featuring Maren Morris. And along with his solo success he is also the talented writer behind tracks, performed by the likes of; Jason Aldean, Lee Brice, Florida Georgia Line, LoCash and Michael Ray.

Thomas Rhett's smash hit songs are an endless list but some of them are as following : "It Goes Like This", "Get Me Some of That", "Make Me Wanna", "Crash and Burn", "Die a Happy Man", "T-Shirt", "Star of the Show", "Craving You", and "Unforgettable".

Get ready for the night of a lifetime as he comes to perform LIVE at Choctaw Grand Theater this coming summer season, there's nothing better than seeing your favorite act hit the stage! So whatever you do – don't wait too long to bag yourself a seat and witness an out of this world concert by the man himself!!