Midland comes to Choctaw Grand Theater, Durant, Oklahoma on Friday 10th June 2022. After their successful fall trek, The Last Resort 2021, which was extended till April 2022, the neo-traditionalist trio decided to perform more at multiple stages in North America, including Colorado, Maryland, Montana and many more. Midland band is known for its mature harmonies, sad melodies, and crisp lyrics, which perfectly blend traditional country music. Their music has a unique essence of Neotraditional and Texas country influence which is loved and appreciated all over America, and that’s why this trio is among the best country producers in the industry. Hurry up and do not miss the chance to see Midland performing live at Choctaw Grand Theater and book your tickets right now! 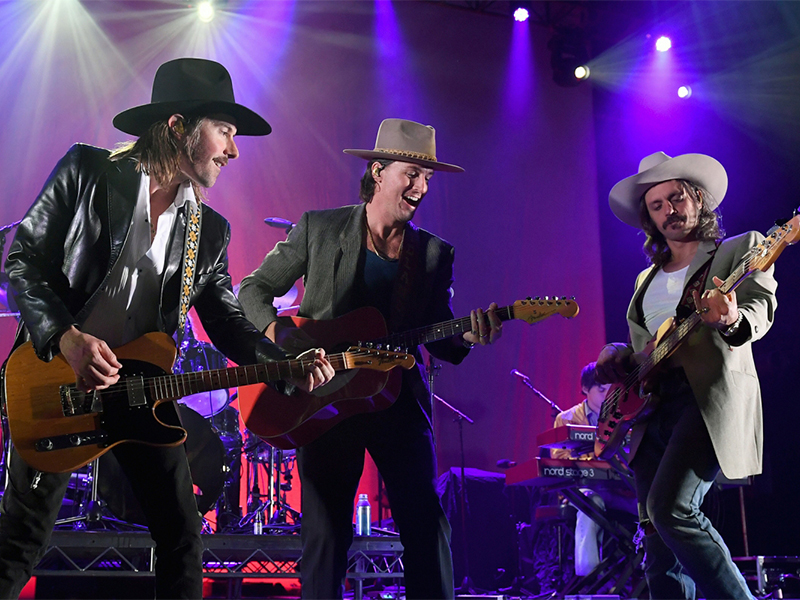 American trio band, Midland has grown from a bar band to a famous exclusive country music producer in a short passage of four years. Mark Wystrach, Jess Carson, and Cameron Duddy have flexed their music ability to the world and engraved their name in the country music industry of America. Magazines, Billboard and Rolling Stone stated that Midlands' style and melodies recall George Strait '80s aka, King of Country. Apart from music, the band is also famous for their fashion sense. Their clothes are inspired by "Nudie suits" design of a famous American tailor, Nudie Cohn. Vogue called Midland fashion risk-takers and heartthrobs.
The Texas-based band is one of the emerging bands of America that has improved a lot in past years. In 2018, Midland was honored with the New Vocal Duo or Group of the Year award by the Academy of Country Music. In the same year, they were nominated for Best Country Duo/Group Performance and Best Country Song by Grammy for their song, Drinkin' Problem. It was the first single from their debut album, On the Rocks. In 2020, Midland was recently nominated for Vocal Group of the Year by Country Music Association Awards and got a lot of appreciation. If you are a hardcore country fan, book your tickets now before time is gone!