Choctaw Grand Theater brings you another exciting jaw dropping event on Thursday 25th January 2018. Kid Rock is back, bigger and better than ever, with his GREATEST SHOW ON EARTH tour… he embarks on stages across North America to bring the event that fans have all been waiting for! With the tickets selling fast and strong, you'd better get them quick! 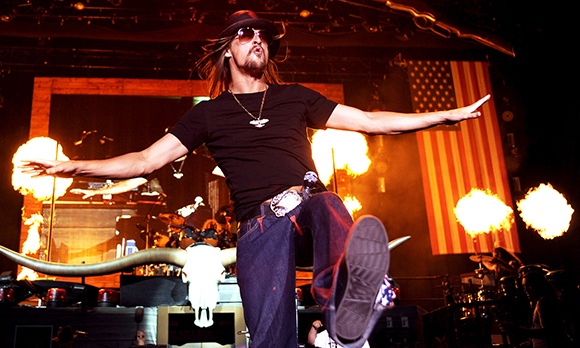 Kid Rock has been taking over the charts with his rapping, singing and producing on albums such as his 1998, Devil Without a Cause! With a triumph of sales over 14 million worldwide, he really spread the word and has continued ever since. Kid Rock is now a five-time nominee of the Grammy's for his powerful and energetic music.

His sound combines his love for rap, hiphop and country and between 1990 and 1997, had release a total of five records for fans to get their teeth stuck into! Kid Rock is the name behind the likes of "Bawitdaba", "Cowboy" and "Only God Knows Why," "American Bad Ass"… the list goes on.
If you love these anthems then whatever you do, don't miss out on your chance to catch him on the stages across North America…

2018 is going to be yet another full power year for the unique rock star – get your hands on your tickets today!