Huey Lewis and The News Tickets

It's the event you've all been waiting for! 80s rock legends Huey Lewis and The News will be heading to Choctaw Grand Theater on Friday 11th May 2018 for a very special show that you'll be glad you didn't miss! Playing hits like "The Power of Love" and "Hip to be Square," this is entertainment at its finest! 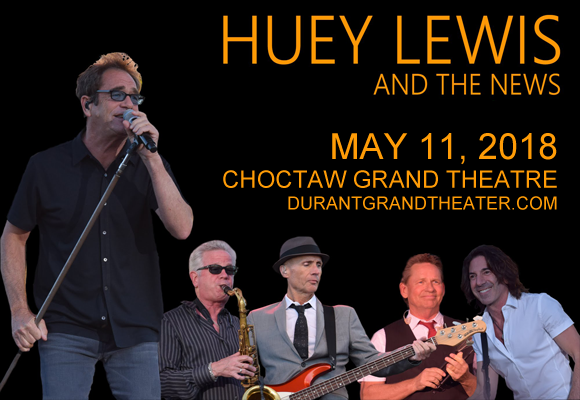 With forty years in the music industry under their belt, Huey Lewis and the News have sold over 20 million albums to date. A Grammy Award-winning rock band, they have had numerous hit singles over the years, including “Heart of Rock & Roll”, “Stuck With You”, “I Want A New Drug”, “If This Is It”, “Hip To Be Square” “Do You Believe In Love” and “Workin’ For A Livin”. The band are best known for the Back to the Future soundtrack classics “Back in Time” and “The Power of Love” – the latter of which reached the top spot on the Billboard Singles Chart and was nominated for an Academy Award.