After an impressive, extensive and record-breaking 61-day run on the Holdin' My Own Tour in 2017, country music maverick Eric Church comes to Choctaw Grand Theater on Saturday 11th August 2018! Tickets are available now, but are bound to sell out fast so don’t wait too long – snap yours up while you can! 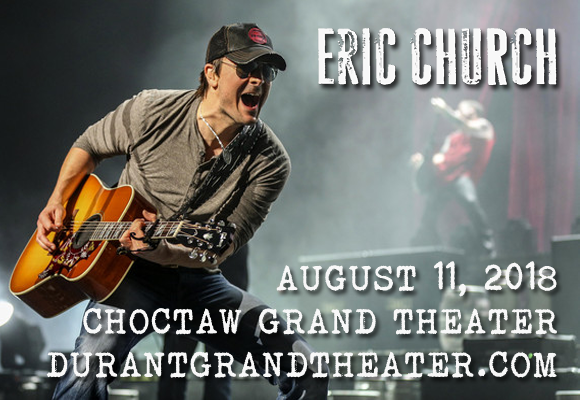 American country music singer and songwriter Eric Church first began his music career when he signed to Capitol Records, Nashville in 2005. Church has since released five studio albums and seven number one singles. Mr Misunderstood, Church's fifth studio album, was released in November 2016 and was nominated for Album of the Year at the 2016 ACM Awards, with the title track also nominated for Video of the Year and it's second single, “Record Year”, reaching number one on the Country Airplay Chart. His upcoming compilation album, 61 Days in Church, is slated for release in April 2018.