If you're a fan of Creedence Clearwater Revisited & Kansas – The Band then you'd be crazy to miss out on this amazing event! Catch all of this and more on Saturday 25th August 2018 at Choctaw Grand Theater! Tickets are on sale NOW! As the legendary group are taking to the road and stopping off at Choctaw… concerts like this don't happen every day as Creedence Clearwater only perform a few shows a year… a special night not be missed! 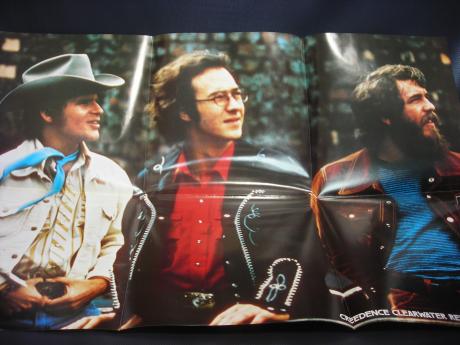 The one and only Creedence Clearwater Revival (often referred to as Creedence or CCR) is of course the incredible rock band that have graced the stages since the 1960's. With their endless amount of five star southern rock songs, they have truly made a name for themselves as one of the greatest in the genre. Still with so much hype around them to this day, they are globally known for their impeccable musicianship that shines through on record and of course during their performances!

With their lead vocalist, lead guitarist, and primary songwriter John Fogerty, his brother rhythm guitarist Tom Fogerty, bassist Stu Cook, and drummer Doug Clifford. They have performed together all the way back from 1959 to the 1970's and have effortlessly blended together all of the best highlights from the genre's… from roots rock, swamp rock, blues rock and more. After long years touring and producing records, like most bands they have had their ups and downs and with a few disagreements and during that time, John Fogerty left the project, but that didn't stop the remaining members to continue to legacy!

Now with the rest of the talented group and their dedication to bring all of their biggest hits to the stage, CCR will be hitting the road this summer for an exciting North America tour! The Rock and Roll Hall of Famers will be transforming the Choctaw Grand Theater for one night only!! Here's your chance to catch what they do best!