It’s getting exciting at Choctaw Grand Theater as fans get in line to grab tickets for this unmissable show! Of course, we’re talking about Brothers Osborne! Now confirmed and on sale, here’s your chance to catch them on Saturday 2nd October!! With heir lead singer and rhythm guitarist – John, they have been taking over the Nashville music scene and smashing out albums and singles from the word go! Get ready to catch them LIVE as they bring their latest single "It Ain't My Fault" to the stage! 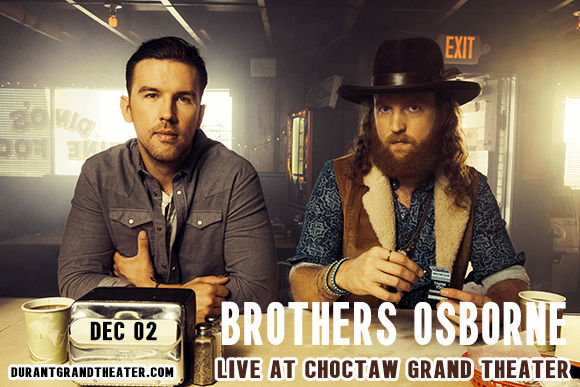 "They didn’t disappoint. You know exactly what you’re going to get from Brothers Osborne; deep, rootsy country full of heart and soul. ‘Down Home’ was their opening track which had the O2 crowd bouncing and singing along, followed by ‘Rum’. This is my kind of country, no fancy lights and stage production required; these guys have perfected their craft on the club scene over the years and their songs are as raw as they come."