Everybody's favorite southern rockers – Steve Miller Band are coming LIVE to Choctaw Grand Theater on Saturday 28th December 2019! Back on the road this coming Winter concert season is none other than Steve Miller himself and his incredible band! As they perform all of their biggest tracks to date, this event is set to be an unforgettable one! If you love Steve Miller Band, then be sure to grab tickets as they come to Choctaw Grand for an all round good time feeling show!

Steve Miller has often been described as one of "the most underrated Guitarists of all time." As he brings his live band to the stage, we are lucky enough to see it all in person in this unmissable show. The Californian – 'Steve Miller Band' American rock band formed in 1966, by the one and only and the next decade would prove their incredible talent with hit singles being churned out onto classic rock radios around the world!

With his incredible long-standing career, it's no wonder than fans still cant get enough of him! Steve Miller has a huge back catalogue of music including his 1970's – 1980's tracks such as Fly Like an Eagle, Rock 'N Me, Abracadabra, Take the Money and Run, Joker, Winter Time, Jungle Love, plus so many more, the list goes on and on…

With his psychedelic approach to his soundscape, Steve Miller & Band have influenced so many artists to come after their biggest years and continue to inspire the masses around the world! Steve Miller fans are spread far and wide across North America, UK and Europe and the rest of the world!

Returning to the stage for 2019 – Steve Miller Band are ready to rock! If you cant wait to be there, make sure you secure yourself a ticket and spread the word of this exciting tour announcement! 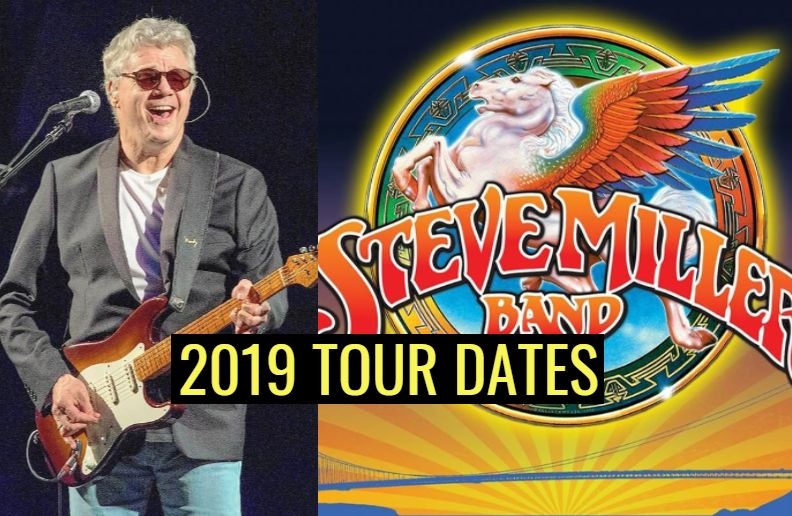