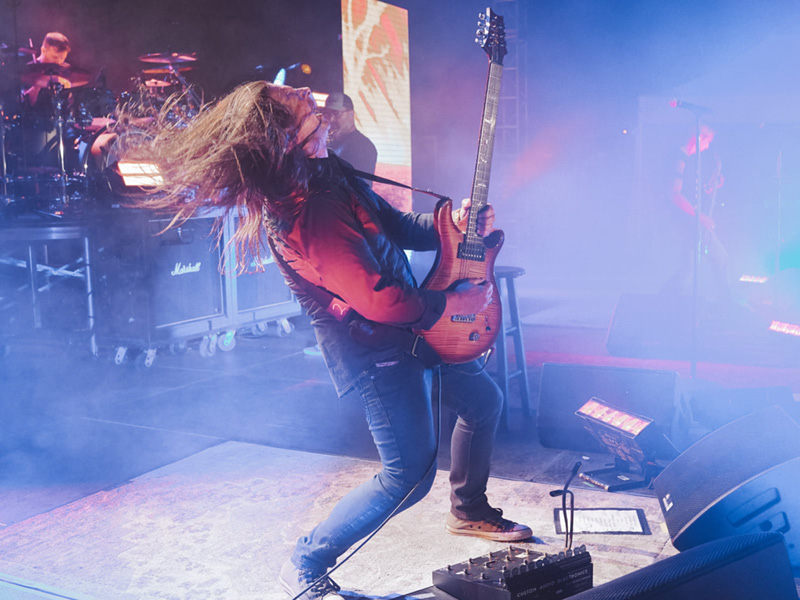 Post-grunge pioneers Staind are back after a five-year hiatus, the band roared back on the scene in 2019 with unforgettable festival and sold-out solo dates, unfortunately, 2019 didn’t quite work out the way we all hoped. But Staind are back, and they are here to rock your world once again.

Formed in 1995 in Springfield, Massachusetts, the band is lead vocalist and rhythm guitarist Aaron Lewis, lead guitarist Mike Mushok, bassist and backing vocalist Johnny April, and drummer Sal Giancarelli. They have released seven studio albums, featuring eight Top 10 singles, selling over 15 million albums worldwide. Their “Break The Cycle,” album, was released in 2001 and is certified five times platinum, it featured the smash single “It’s Been A While,” one of the most played songs in modern rock radio history, spending a staggering 20 weeks at number 1.

Their seventh and latest studio album, Staind, came out in September 2011, marked a return to the band's heavier and more aggressive sound that was predominant on their first three albums. Mike Mushok said, "It's like Dysfunction 2011. The music goes back to where we started, but there's still melody. We were ready to make an album that was heavy from beginning to end. It was time."