After a couple of stops and starts, Reba McEntire's tour will finally go full steam ahead. Last year and earlier this year, the country singer had to move a couple of dates due to the pandemic and lockdowns. Reba McEntire has been raring to go onstage. “I can’t wait to see everybody when we know it’s safe to gather again,” Reba said after she rescheduled her tour. “We’ve worked so hard on this new show and I’ll be ready to go as soon as we get the green light!” To date, the stage lights are slated to switch on at the Choctaw Grand Theater on Saturday 27th November 2021 as superstar country singer, songwriter, and actress Reb McEntire unleashes those beautiful vocal tones, her solid showmanship, and charming personality before fans who have waited and long-anticipated for this show to finally happen. Save the date and lock in and book your tickets now! 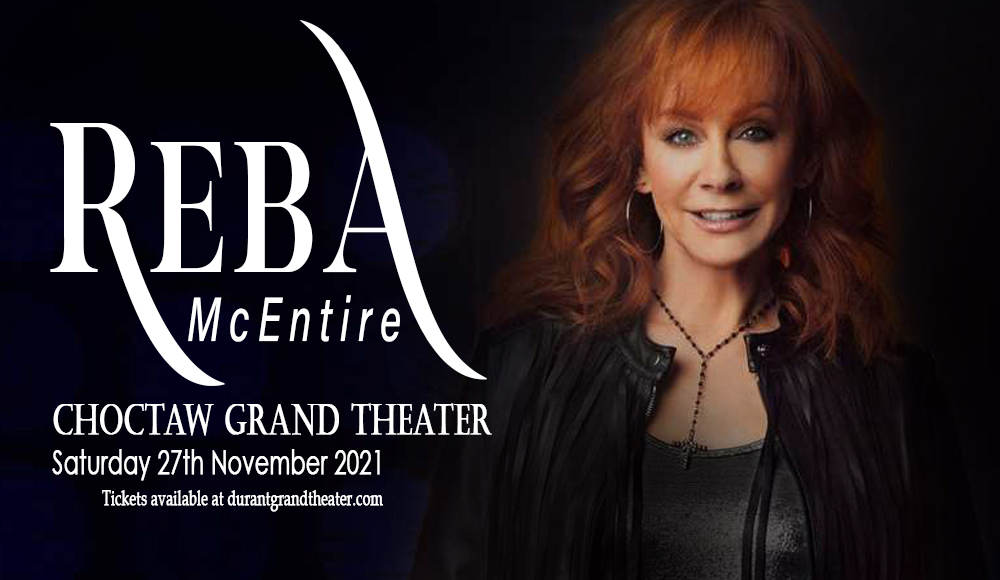 Reba McEntire's professional singing career began with the stuff that all-American superstar dreams are made of. On one fateful day in 1974, Country artist Red Steagall spotted Reba, a high schooler who was hired to perform the national anthem at the National Finals Rodeo in Oklahoma City. Some years later in 1977, she released her first solo album that placed her within the Nashville sound. After a good run of five album releases, she moved to a new record label where she released her 1984 album "My Kind of Country". The album made astonishing breakthroughs in her career as it spawned two number one singles: "How Blue" and "Somebody Should Leave".

Reba McEntire has since released 33 studio albums, 24 singles hitting the number one spot on the charts, 16 number one albums in the sales charts, with 28 albums certified as gold, platinum, or multi-platinum in sales. McEntire has a cumulative sales of 75 million records worldwide and counting. Truly deserving of the title "The Queen of Country".

Reba McEntire has always been cited as a major influence and an inspiration for both aspirings and established country singers. The Net Music Countdown describes her significance as, "That influence has manifested itself in many ways. As a role model, she's shown others how to handle fame with grace and good humor while never backing down from her values or goals. Just as importantly, she's shown others to refuse to accept limitations on what she can do or how much she can achieve." McEntire also explained to the online website, "Whatever I'm doing, I feel like I'm representing country music". "It's always been my main career, and it's where my loyalties lie. I feel like I'm waving the flag of country music wherever I go, and I couldn't be prouder to do it."

It would truly be an honor to witness such a seasoned and consummate artist — an opportunity not to be missed! Tickets are now available to book. Click that 'Get Tickets' link on this site– right here, right now!