There's a whole heap of excitement brewing at Choctaw Grand Theater, as preparations take place for Little Big Town on Friday 14th December 2018! This exciting show, which is chock full of talent, will leave you speechless, so don't delay – book now! Click the Buy Tickets button to get yours today. 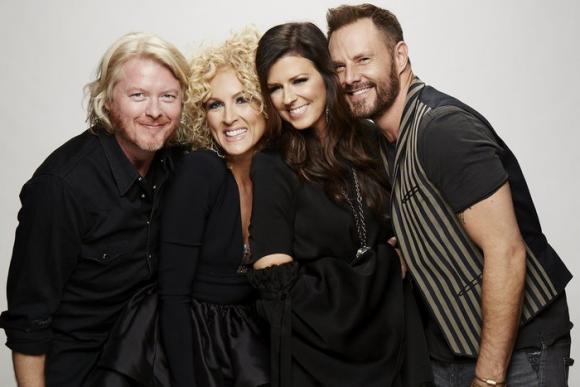 American country music group Little Big Town was formed in 1998 by Karen Fairchild, Kimberly Schlapman (formerly Kimberly Roads), Jimi Westbrook and Phillip Sweet. Fairchild and Schlapman met in 1997 at Alabama's Samford University, and reconnected in Nashville, Tennessee, after both had moved there. Westbrook, and then Sweet, joined the group soon after, and in 2000 the group signed their first music deal with Mercury Nashville Records. After a fruitless time with Mercury, the group signed to Monument Records two years later and the band enjoyed minor success with the singles "Don't Waste My Time" and "Everything Changes", which peaked at 33 and 42 on the Billboard Hot Country Songs chart, form their self-titled debut album (2002). After a year of personal loss for several members of the band, and the dissolution of Monument's Nashville branch, the group took up day jobs to earn additional money, although they continued to tour as well. The band's luck changed in 2005 when they signed with Clint Black's Equity Music Group and released their second studio album, The Road to Here. The album became a mainstream hit and was eventually certified platinum by the Recording Industry Association of America (RIAA). From there, the group's popularity soared, and to date they have charted twenty four singles on the Hot Country Songs and Country Airplay charts, including the number one hits "Pontoon", "Girl Crush", and "Better Man" along with the top ten hits "Boondocks", "Bring It On Home", "Little White Church", "Tornado", and "Day Drinking".