Are you ready to see an absolute LEGEND in country music?!? Then you’re in luck, because the incredible Jamey Johnson, together with Cody Jinks will be heading to Choctaw Grand Theater on Saturday 17th June 2017! Tickets still available but be quick to grab yours – we fully expect this to be a sell-out show!! 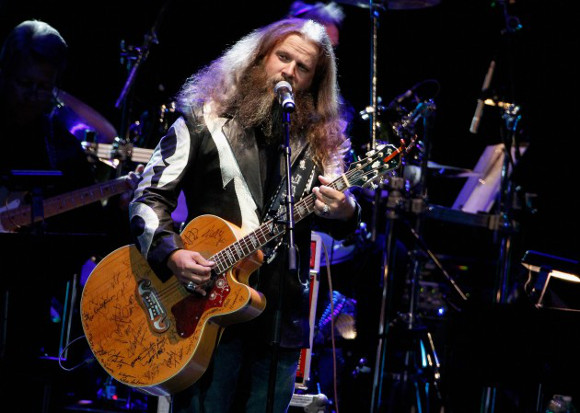 In 2006, Jamey Johnson made his name known to all with the well-known single “The Dollar.” Very quickly afterward, he was signed to Mercury Nashville Records and released “That Lonesome Song.” This amazing album was instantly gold-certified, with two top 10 hits; “High Cost of Living” and “In Color” (listen below). In addition to writing for himself, Johnson also lends his songwriting skills to others, co-writing singles for artists such as Trace Adkins, James Otto, Willie Nelson, Jessie James Decker and more!!

With a background in thrash metal, Cody Jinks certainly made a u-turn when he reverted to playing country, the music he grew up with!! A smart move – not finding much of an audience in metal, he fast started to gain attention with his first country release, “Collector’s Item,” in 2008, and to tour with artists such as Whitey Morgan and Sturgill Simpson. His most recent 2016 album, “I’m Not The Devil,” has been his most successful yet, shooting up to the fourth position on the Billboard Country Albums chart!! With his unique influences and fast-growing popularity, Cody Jinks’ performance is not one to miss – make sure you’ve got your tickets by now ready to catch these two amazing country artists live!!