"Good Company" singer Jake Owen will be heading to Choctaw Grand Theater on Friday 1st September on his 2017 headlining tour! The Nashville sensation is the perfect entertainment for a September night, bringing you the hottest country there is! Don't miss your chance to see him live – book your tickets now! 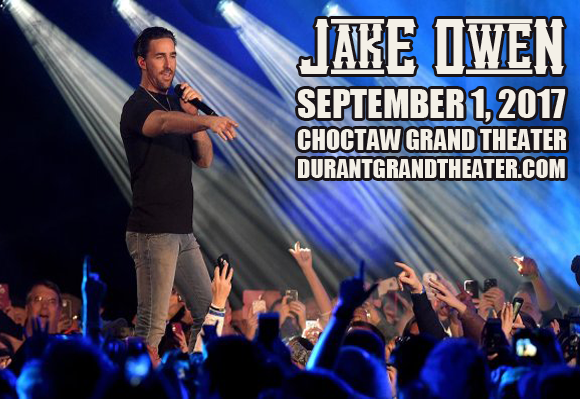