Can't get enough of the music of "Country's Golden Child?" Well, there's no hiding our collective love for the Nashville outlaw Chris Stapleton, and if you want to witness him perform for the second time at the Choctaw Grand Theatre, then you are more than welcome to purchase your tickets here. Catch the multi-Grammy award-winning singer-songwriter this Saturday, March 18, as he rocks the iconic Oklahoma venue with his signature hits. Enjoy this Saturday evening as you sing along to "Starting Over," "You Should Probably Leave," "The Devil Named Music," "Broken Halos," "Fire Away," and many Stapleton staple tunes. Whether you missed his first night at Choctaw or you simply want to see him perform live all over again, this concert is for you. Hit the "Get Tickets" link for a safe and secure transaction. 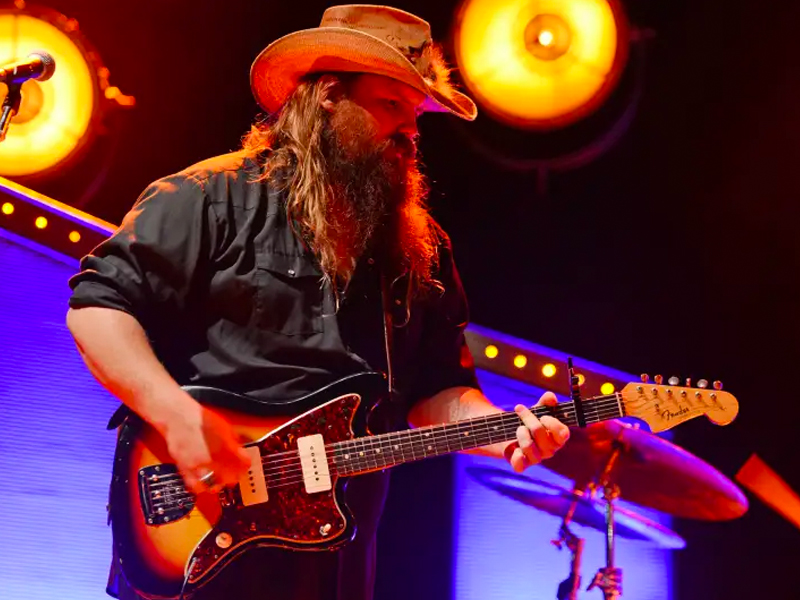 Chris Stapleton, who had previously been recognized as a sought-after "songwriter for the stars," emerged on the country music scene in 2015 with the release of his debut solo album, "Traveller." In that same year, Stapleton was catapulted to the top of the country music charts after he swept the CMA Awards. No one in recent memory has taken the country music scene by storm quite like him, and as a result, he has been dubbed the genre's "Golden Child." This claim may sound over the top, but his accolades from major reputable award-giving bodies back up this claim. He has won 62 awards out of 125 nominations from different award-giving bodies, including the Academy of Country Music Awards, Grammy's, Billboard Music Awards, and several others.

Over the years, Stapleton became a mainstay of country radio not just in the United States but around the world. Thanks to his instantly recognizable voice that complements his signature long hair and huge beard. His warm, inviting voice helps him to come off as such a genuine guy, which he really is. Thus, it is no surprise why his fanbase is continually growing, and he is regarded as one of country music's biggest superstars.

Catch this country outlaw on his second night at the Choctaw Grand Theatre this March 18, Saturday. This is going to be one of the most sought-after country music events to welcome early spring. Invite your friends and family and jam along to Stapleton's massive hits. Get your tickets now! Hit the "Get Tickets" link to secure yours fast and safely.