Country fans, get ready for the bluegrass veteran Chris Stapleton – in support of his latest album, he’s bringing “Chris Stapleton’s All-American Road Show,” to the Choctaw Grand Theater for two nights only starting Friday 15th March 2019! Don’t miss out – get your tickets to see Chris Stapleton NOW while you have the chance! 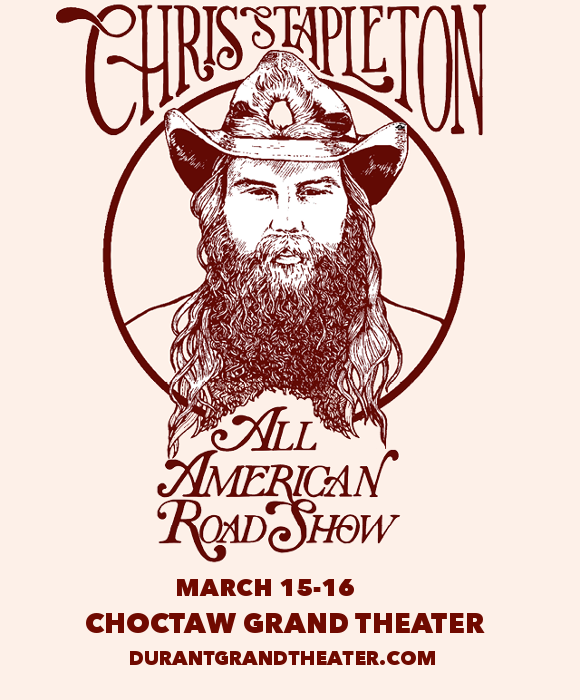 Last year was a good one for Chris Stapleton fans, with the release of “From A Room: Volume 1” in May, followed up by “From A Room: Volume 2” in December, featuring several songs debuted on the first leg of the Chris Stapleton’s All-American Road Show, in addition to "Midnight Train to Memphis" previously recorded by his old band the SteelDrivers.

“I think anything you pull back out of the archives you're gonna hear in a different way than the day you write it,” the songwriter reflected in an interview, when asked about the inclusion of older songs on the record. “It's real easy to write a song in a day and think that you knocked it out of the park. It's a whole different thing to sit down a decade later and listen to that song that you wrote on that day objectively.”

Get ready to hear it all live – grab your tickets today!