Get ready for the show of a lifetime! On Sunday 21st October 2018, veteran grunge-rock band Alice In Chains will arrive at the Choctaw Grand Theater!! It’s going to be an epic show – don’t miss out!! Grab your tickets NOW before they disappear! 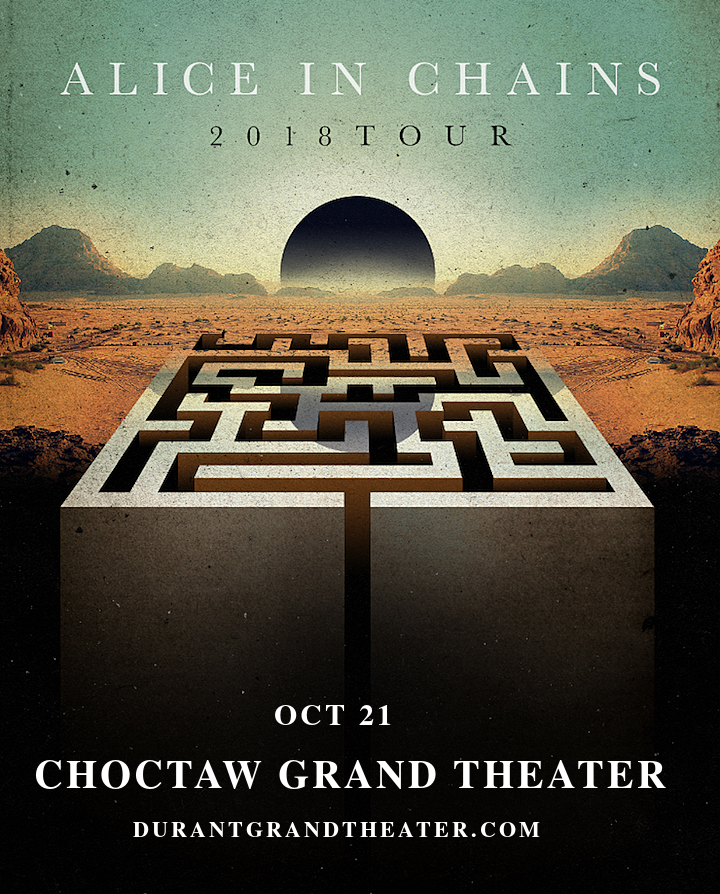 Alice In Chains have just announced a huge headlining world tour, including a series of dates across the United States. According to a press release, the grunge/hard rock band are “putting the finishing touches on the much-anticipated follow-up” to their last release, “The Devil Put Dinosaurs Here,” marking their first new full-length release in five years!! The band have just dropped their exciting first new single from the upcoming album; ”The One You Know,” giving fans a flavour of what to expect from the band in concert.   Get ready to hear all the new songs live!! What are you waiting for?? Get your tickets TODAY!