Are you ready for the ultimate country event of the year?? That’s right, none other than the great Alan Jackson is coming to Choctaw Grand Theater on Friday 10th March 2017 to give fans the best night of honky tonk and bluegrass they’ve ever experienced! Don’t miss out – tickets are gonna sell fast! Click the “Buy Tickets” button to get yours NOW! 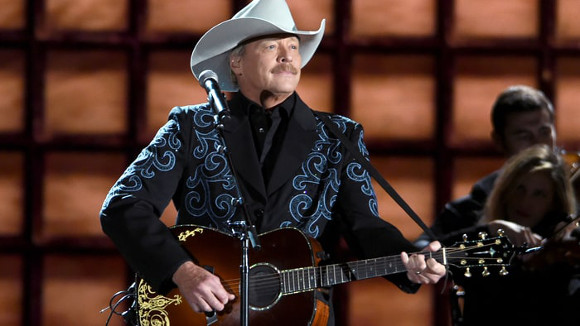 Is there anything Alan Jackson hasn’t achieved as a musician? In the course of his career spanning 30 odd years, he’s recorded a whopping 16 studio albums, two gospel albums, two Christmas albums, and, in response to popular demand, no less than THREE “greatest hits” – meaning there are a heck of a lot of them!! He’s had award after award bestowed upon him, winning two Grammys, 17 ACM Awards, 16 CMA Awards, and been nominated for a countless number of others. As for how his songs are received by the general public, he’s had an unbelievable 35 of his songs become number one hits out of the 38 that reached the top 5!!! His record sales have hit well over 80 million records across the world. In 2014, he was officially inducted into the Georgia Music Hall of Fame.

In a world where pop music and electronica infiltrates everywhere, we need someone to keep the good old songs alive. Alan Jackson always a strong protector of country music roots, getting a lot of media attention for his controversial collaboratively written song with George Strait “Murder on Music Row.” If you want to see real, genuine country music, look no further, because Alan Jackson will deliver everything you want – and more!!